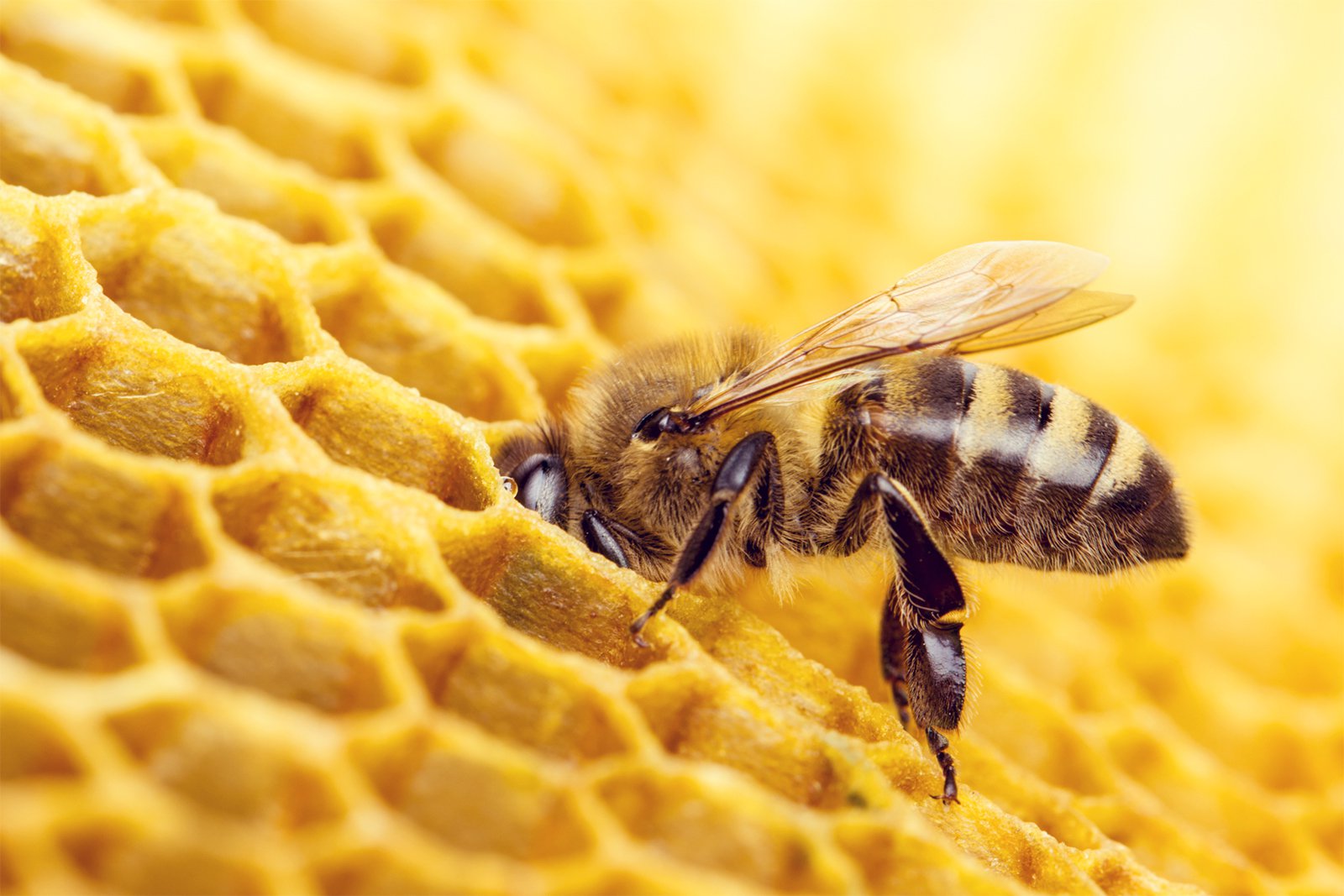 Another study from the University of Wyoming found that raw honey can activate hormones that suppress the appetite. In the double-blind randomly assigned study, appetite hormones and glycemic responses were measured in 14 healthy non-obese women after consuming a breakfast containing either honey or sugar. Overall, researchers concluded that honey consumption offers potential obesity protective effects. (4)

Raw honey contains bee pollen, which is known to ward off infections, provide natural allergy relief and boost overall immunity. Honey’s ability to prevent allergies is based on a concept called immunotherapy. How so? The bees in your neighborhood go from flower to flower collecting pollen that causes you to suffer, but when a you consume local raw honey, you also consume that same offending local pollen. After some time, an allergy sufferer may become less sensitive to this pollen that previously caused problems and experience less seasonal allergy symptoms. Many seasonal allergy sufferers have found local, raw honey to be helpful because it desensitizes them to the fauna triggering their allergic reaction.

A 2013 study found that eating honey at a high dose (one gram per kilogram of body weight of honey daily) can improve allergy symptoms over a period of eight weeks. Researchers absorbed that the honey consumption improved overall and individual symptoms of allergic rhinitis. (5) Allergic rhinitis is an allergic response that causes itchy, watery eyes, sneezing and other similar symptoms.

Some people say that a daily tablespoon of honey can actually act like an allergy shot. The type of honey is key though since pasteurized honey does not contain any pollen. For possible seasonal allergy relief, you need to consume raw honey with pollen in it.

Raw honey contains natural sugars (80 percent), water (18 percent), and minerals, vitamins, pollen and protein (2 percent). It’s not surprising that honey has been called “the perfect running fuel.” It provides an easily absorbed supply of energy in the form of liver glycogen, making it ideal for energetic morning starts and as a pre- and post-exercise energy source.

Studies at the University of Memphis Exercise and Sports Nutrition Laboratory have shown honey to be one of the best choices of carbohydrate to consume right before exercising. Additionally, studies have revealed that as a sporting fuel, honey performs on a par with glucose, which is the sugar used in most commercial energy gels. (6)

When it comes to raw honey’s use in athletic endeavors, I highly recommend raw honey for both fueling and recovery. That’s why raw honey is included in some of the best pre-workout snacks and post-workout meals.

Studies have shown that a daily dose of raw honey raises levels of health-promoting antioxidants in the body. Antioxidants help block free radicals in the body that cause disease. It also boosts the immune system, acting as a preventative against any number of diseases. Honey contains polyphenols, which are powerful antioxidants that have been shown to reduce the risk of heart disease and cancer.

One study fed 25 subjects about four tablespoons of honey per day for 29 days in addition to their regular diets. When blood samples were taken at the start and end of the study, researchers found a clear, direct link between honey consumption and an increased level of disease-fighting polyphenolsin the blood. (7)

Raw honey promotes restorative sleep in two ways. By consuming honey before bedtime, it restocks the liver’s glycogen supply and prevents the brain from triggering a crisis search for fuel, which can wake you up. Secondly, eating raw honey fosters the release of melatonin in the brain by creating a small spike in insulin levels, which stimulates the release of tryptophan in the brain. Tryptophan converts to serotonin, which is then converted to melatonin. (11)

Melatonin also boosts immunity and helps rebuild tissue during periods of rest. Poor sleep, by comparison, has been shown to be a risk factor for hypertension, obesity, type 2 diabetes, heart disease, stroke and arthritis. As honey is a proven natural sleep aid, it naturally lowers the risk of all these health problems.

Honey-infused bandages are known to aid healing. Peter Charles Molan at the University of Waikato, New Zealand, has found in multiple studies that honey is a natural antibacterial with wound-healing effects. He also found that honey reacts with the body’s fluids to make hydrogen peroxide, creating an inhospitable environment for bacteria. In addition, “Concentrations of hydrogen peroxide generated are very low in comparison to those typically applied to a wound, thus, cytotoxic damage by hydrogen peroxide is very low.” (12a, 12b)

For the treatment of burns and wounds, honey is typically applied directly to the problem area or in a dressing that’s changed every 24 to 48 hours. Sometimes the dressing is left in place for up to 25 days. (13) A combination of honey and ghee has also been advocated and used as dressing for infected wounds since 1991 in four Mumbai hospitals. (14)

Honey has been studied for its use in effectively treating various types of ulcers as well. Honey may reduce the size, pain and odor of problematic skin ulcers. (15)

Consumption of raw honey can reduce the risk of developing diabetes and help aid medication used to treat diabetes. The combination of raw honey and cinnamon can be especially beneficial to healthy blood sugar management, as well as many other health concerns like gingivitis and acne.

According to a study out of Dubai, honey has been observed to cause a lower elevation of plasma glucose levels in diabetics compared to dextrose and sucrose. Some suggest that the insulin-boosting power of cinnamon can counteract this glucose elevation in honey, which would make your honey and cinnamon mixture a low glycemic index food combination. (16)

Raw honey increases insulin and decreases hyperglycemia. Try consuming a little at a time and see how your blood sugar reacts to it, and add both raw honey and cinnamon to your diabetic diet plan.

Raw honey has been shown to be as effective in treating coughs as over-the-counter commercial cough syrups. Increasing scientific evidence shows that a single dose of honey can reduce mucus secretion and coughs. In one study, honey was just as effective as diphenhydramine and dextromethorphan, common ingredients found in over-the counter cough medicines. (17)

For a cough, a half teaspoon to two teaspoons of honey at bedtime is a studied and recommended dosage for anyone over the age of one. 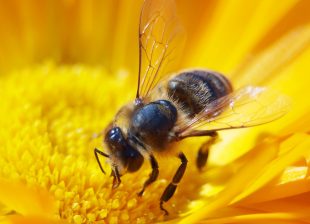 From July through November across the U.S., yellow spikes of flowers on tall, sharp-leafed stems fill ditches and vacant lots. Most people consider Go … 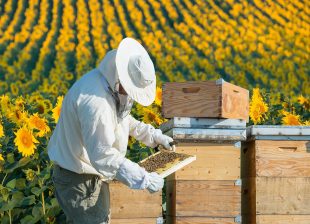 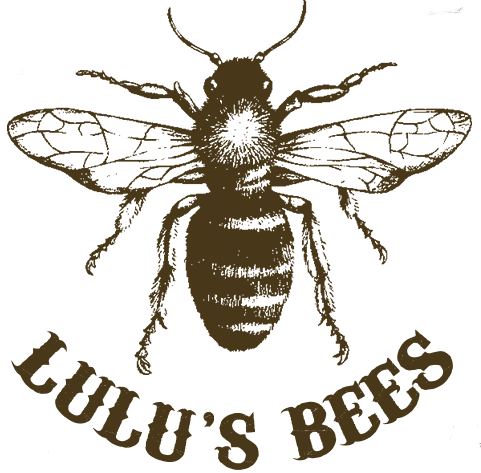